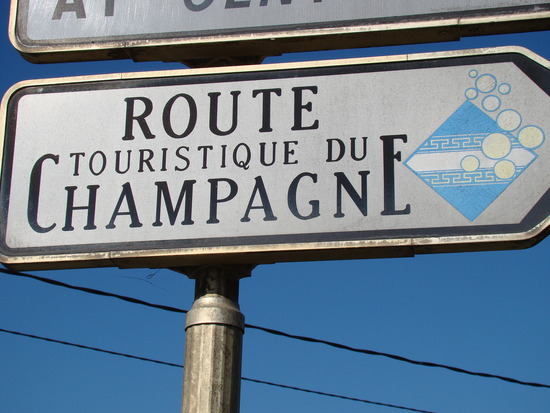 Birthday times are always exciting. It is generally an excuse to hang out with friends you have not seen in a while and have a few celebratory drinks. This year my birthday was no exception with the extra bonus of being taken away for a mystery weekend to celebrate by my two friends, Kerry and Martin. I had no idea where I was going and it was very exciting when I was told that I needed to bring my passport!

Having received my packing list I was all ready to go, wondering where they would be taking me. I was like a little child at Christmas when I was told we were off to France to the Champagne region. What a great way to carry on celebrating my birthday — with lots of sparkles in my glass 🙂

We effortlessly crossed the channel in our car through the Channel Tunnel Within 35 mins of having driven our car onto the train we were in France. To be fair the first entrance to France is not the most scenic but it gets better as you get on the motor way and start to see some of the countryside. It helped that it was a gorgeously sunny day with only a crisp wind. You could see that Autumn was on the way as every now and then trees and bushes had a sprinkling of light gold and orange, making the drive seem more beautiful.

By lunchtime we had reached Reims our destination for the weekend. Reims is considered the champagne capital of France and lies in Champagne-Ardenne region (the official name) in northeastern France some 129km northeast of Paris. The architecture of the city is very Gothic in some parts and modern in others. Unfortunately the city is full of road works as they are currently building the new light train in the city. It is only due to be finished in April 2010, so if you are planning a visit I would make sure it is complete so you can fully appreciate the beauty of the city.

We stopped for some lunch before exploring the city at Ernest Hemingway’s on the main shopping street. A lovely atmosphere bustling with people we spotted the huge hamburgers and made it our instant choice. To be fair with my non-existent french it was the safe choice but word of warning for those not familiar with french cuisine – the hamburger is made of mince meat and generally does not come cooked. So a little disappointing especially as the middle was a bit cold – yuk.

It was then off to explore the city and of course see how champagne is made. I did find it bizarre that a lot of the bigger Champagne house were in the main city as I had expected it to be like most of the wine farms surrounded by vineyards, but here we were in a city walking around unknowingly at first above some of the most expensive champagnes that are stored in the underground tunnels of the abbey. Our first champagne house was Taittinger where we heard all about the art of Champagne making. Made from the Chardonnay grape it can only be classed as Champagne if made in the specified region and according to a set process called ‘methode champenoise’. Their cellars are some 30m below the ground surface and are kept naturally cool due to the chalk rock sediment. Our tour ended with a delicious glass of Taittinger Brut Reserve.

In to the swing of things now, we freshened up at our hotel before making our way to the balcony of Le Lion to relaxingly sip some Canard-Duchene while watching the Golden Angel of the Sube fountain glisten in the sunlight. Dinner at Bistrot de Boucher was a great end to the evening as we sampled Foie gras, honey coated duck and peppered steak but not before starting our dinner the french way with a glass of Kir Royale.

It was our last day in France and our Champagne exploration was not over. We headed off to Epernay the next Champagne capital in France to visit the famous Moet & Chandon, explore the cellars situated on Champagne avenue and of course get a picture with the famous Dom Perignon. No not the prestige cuvee of Moet and Chandon but the Benedictine Monk who doubled the size of the Abbey’s vineyard while it was under his stewardship. Although he has been erroneously credited with being the founder of champagne he must have done something right to get his statue placed just outside the Champagne House.

After tasting a few glasses of champagne after our tour it was off back into the countryside to start to make our way back to Calais and then finally England. We meandered along the country roads and found a picnic spot which looked back on the town of Epernay and the surrounding vineyards to have our lunch.

It was soon after lunch that Ernest Hemingway came back to haunt us. One by one we fell victims to food poisoning and all pointed to those dodgy hamburgers. The drive back to the Channel Tunnel was a bit stop start and I felt sorry for Martin who had to drive us all the way home. We naturally got to see all the service stops on the way back and had further entertainment when rushing into one of the service stations to find police with guns. We were told in French by a policeman that the service station was closed. I of course had no idea what he was telling me and must have wrinkled my eyes in confusion as it was quickly translated into English. It was only then did I spot the four people sitting on the floor handcuffed – I guess that was the reason why it was closed then!

The channel tunnel trip back was not as smooth as the crossing over as we were delayed for a couple of hours – made worse by the fact that all we wanted to do was have a cuppa tea, slice of marmite toast and climb into a warm bed.

Was it a good trip? Naturally – selective memory is a great thing, especially when my most fond memory is watching those delicate bubbles escaping to the top of MY champagne glass 🙂